1000 words may be more than this picture is worth

I did it again, went to Oktoberfest in Munich and in Blumenau. It got to see many friends there and in São Paulo again.

The All Day Singing organized by the Sacred Harp group in Munich is always a good occasion not only to sing, but also to go to Oktoberfest. It happens every year on the last weekend of Oktoberfest. Good options to avoid the crowds: Friday afternoon in the section called Oide Wiesn and Sunday morning for Weißwurstfrühstück (white sausage breakfast).

Had some serious fun singing in Munich.

Traditional music and dancing in Herzkasperlzelt

It was great to see Fernando and Tânia again. I got stuffed with feijão, tapioca and açaí 🙂 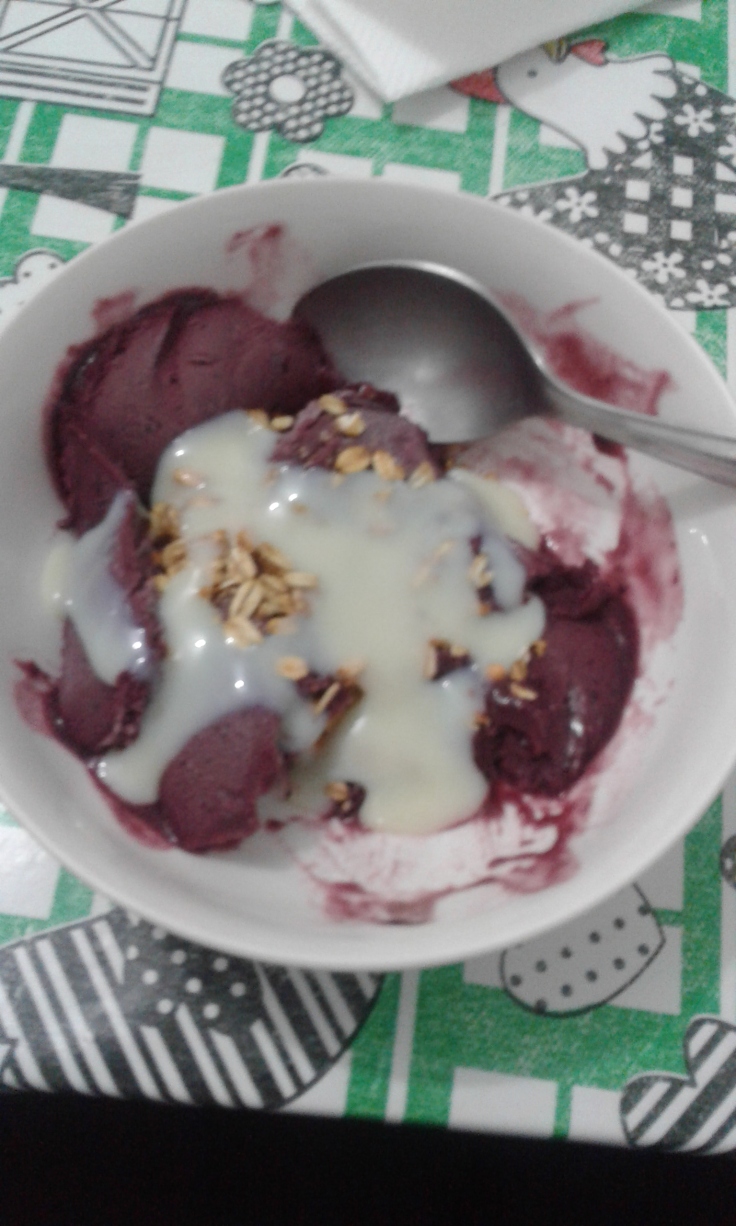 Tapioca is the best, if you find the ready made mix somewhere. Pour tapioca starch into the pan, wait a bit and tataaa it becomes a pancake (to be enjoyed with sweet or savory toppings, or just butter). If anybody knows where to get it in Germany let me know, because I found out that it’s actually very difficult and time consuming to make the mix by hand (grate cassava, dry it, grate it again, dry it again… or something like that).

I also discovered some new things in São Paulo thanks to my friend Gustavo:

Free tour to the top of Edificio Copan every day at 3.10pm

Sesc (near Metro stop República) has a nice café with a map of São Paulo and a water mirror. Also saw an interesting exhibition about the history of São Paulo in Sesc, 5th floor. 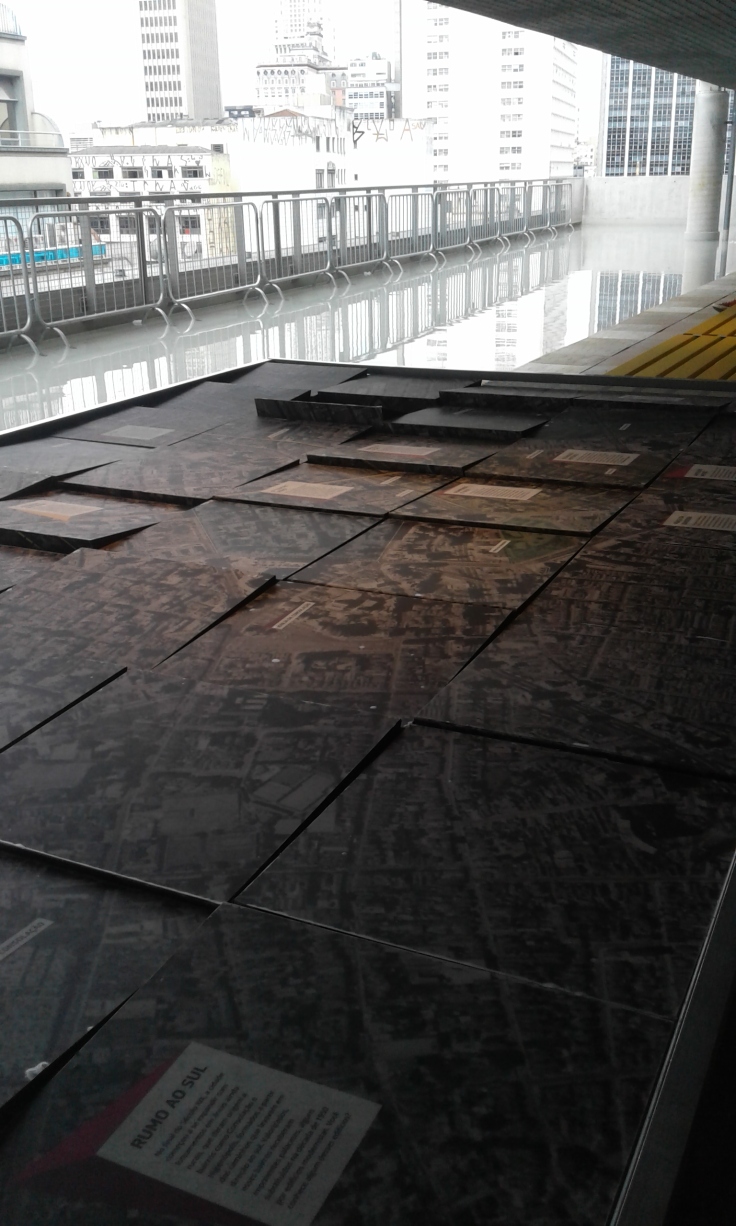 Blumenau in the south of Brazil hosts the second biggest Oktoberfest in the world. I went to stay with my host Tatiana from two years ago again. I made the effort to bring my Dirndl along (traditional Bavarian dress). I still can’t compete with Tatiana and her 7 Dirndls though… 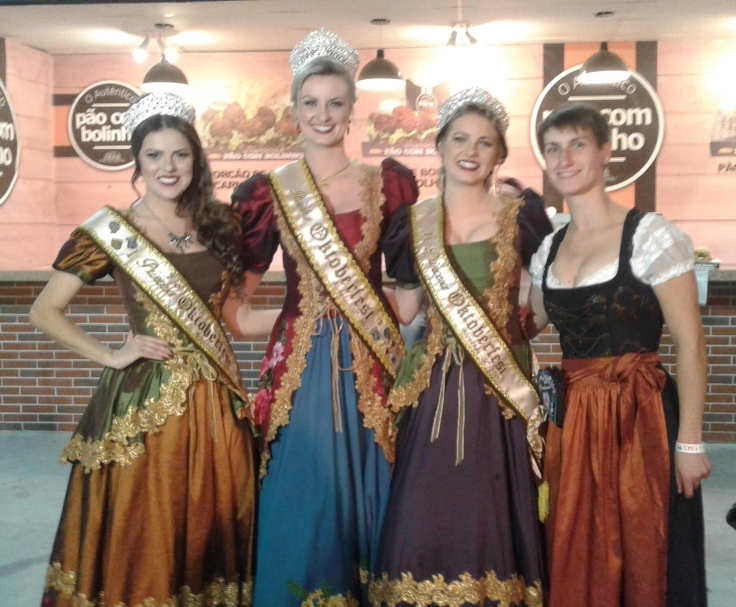 Oktoberfest during the week – not too busy yet

Smoked beer, ok, I like that. But cucumber beer? I didn’t dare to try it.

Got busier later at night 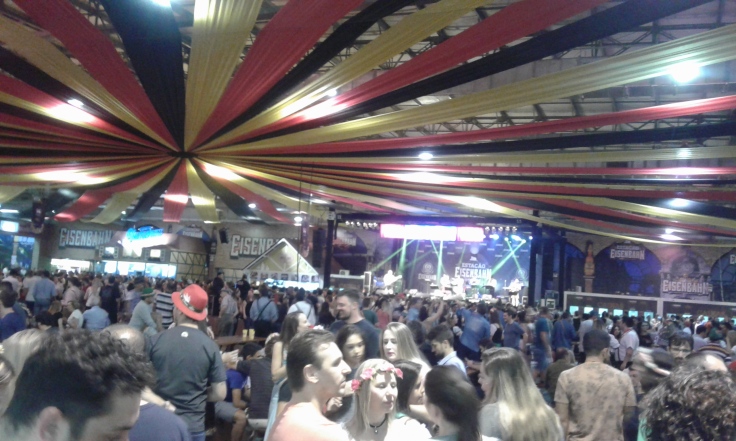 How do you tie the Dirndl? What’s the difference between Oktoberfest in Munich and in Bumenau?

This weekend I’ll go to Florianópolis and finally get to use my stand up board that I’ve been dragging along. 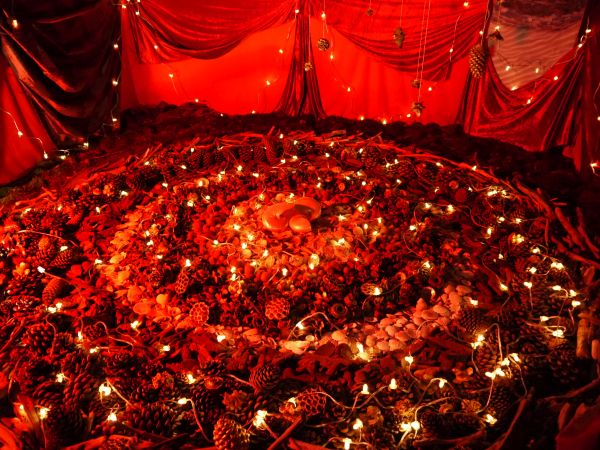 10 days, 11 Christmas markets and 1 film studio later the advent-ure is over and my cupboard is filled with Christmas mugs.

END_OF_DOCUMENT_TOKEN_TO_BE_REPLACED

In the last two days I discovered that Lauf and Forchheim, two towns in the surroundings of Nuremberg, have a very pretty center. I had been there many times, but never actually walked through town.

END_OF_DOCUMENT_TOKEN_TO_BE_REPLACED

A few Christmas markets, lots of gingerbread and mulled wine later I realize that the advice my brother gave me about mulled wine is true: more than two and a head ache is guaranteed….

END_OF_DOCUMENT_TOKEN_TO_BE_REPLACED

Advent, the quiet time of the year as arrived, and so has Katrina. A good excuse, errr, opportunity to explore Bavaria and its numerous Christmas markets.

END_OF_DOCUMENT_TOKEN_TO_BE_REPLACED

12 months of traveling are over and I’m in Germany. Before the serious stuff starts I thought I’ll use the time and see some friends, so I went to Ireland and to the north of Germany (Hamburg, Lübeck and Berlin), then stayed in Nuremberg for 2 weeks to look for a job and a flat, and took the road again to see friends in France and Germany (Alsace, Paris, Heidelberg and Marburg). Next week I’ll start working…

END_OF_DOCUMENT_TOKEN_TO_BE_REPLACED

I have already left Turkey and I’m in Cork now for a bit. Here are some impressions from Cappadocia, the last part of my 4-week trip in May. I guess it wouldn’t be exaggerated to say that out of all the places I’ve been to Cappadocia is the most beautiful and magic one. The landscape is just too unreal, and the thought that some people were crazy enough to carve houses, churches and even whole underground cities out of the rock even more.

I also wrote a separate post for those who are interested in the question: Was I safe in Turkey?
END_OF_DOCUMENT_TOKEN_TO_BE_REPLACED

A bit late, but here are some updates from the last part of my trip along the southern coast of Turkey, Antalya, where I also almost reached the end of my energy, but it’s so worth it. On my way I kayaked over a sunken city at Kekova island, and from Antalya went up to the beautiful ancient mountain city Termessos, chilled out at the beach in Side right next to the ruins, of course not skipping the awesome ruins of Perge. I also couldn’t skip treating myself with a visit to Antalya Aquarium, just because… fish! I couldn’t make it to the eternal flame of Olympus, but oh well, next time.

END_OF_DOCUMENT_TOKEN_TO_BE_REPLACED

I skipped a few places that I could have visited along the coast and just went to Fethiye straight away. (For bikini pictures scroll to the end of the blog post.) It turned out to be a good choice, since there are many activities and places of interest within a short distance of Fethiye and the town itself is located in a beautiful scenery.
END_OF_DOCUMENT_TOKEN_TO_BE_REPLACED